WonderBus Tour is a fantastical improv show that takes the audience on a journey through the back-lot of a Hollywood movie studio. Hosted by Emily Kinslow and presented by GoodGood Comedy Theater, a group of actors improvise scenes from fictional television shows and movies. I worked with the Comedian behind the concept, Emily Kinslow, to design key artwork that captured the quirky and colorful tone of the show. 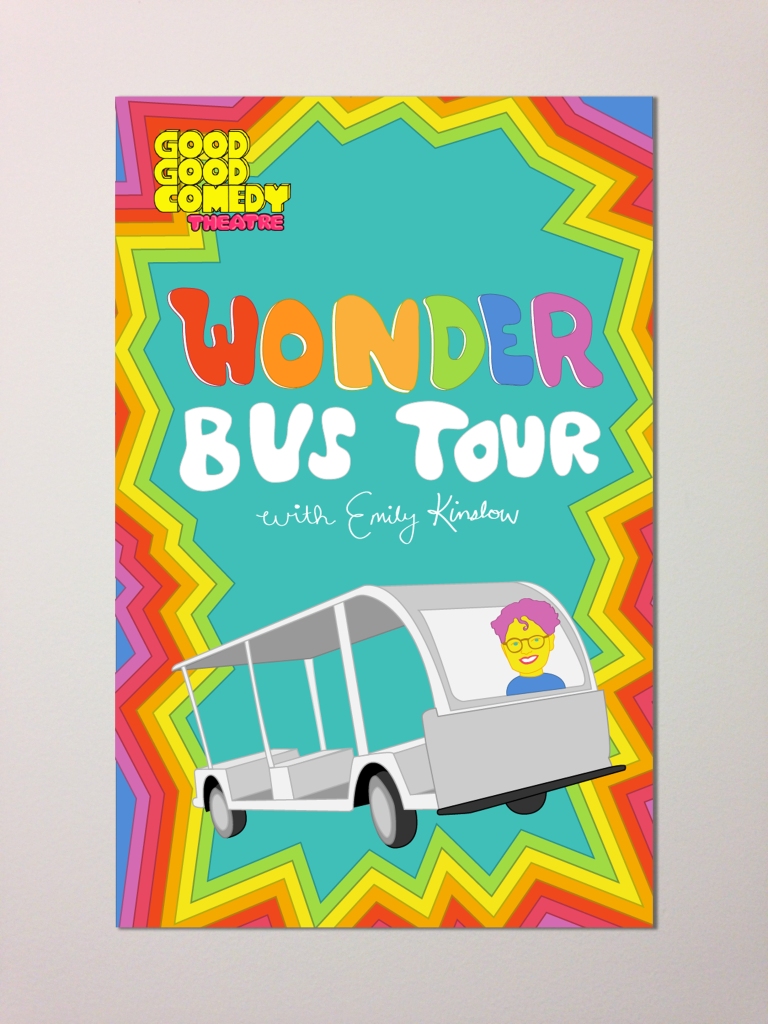